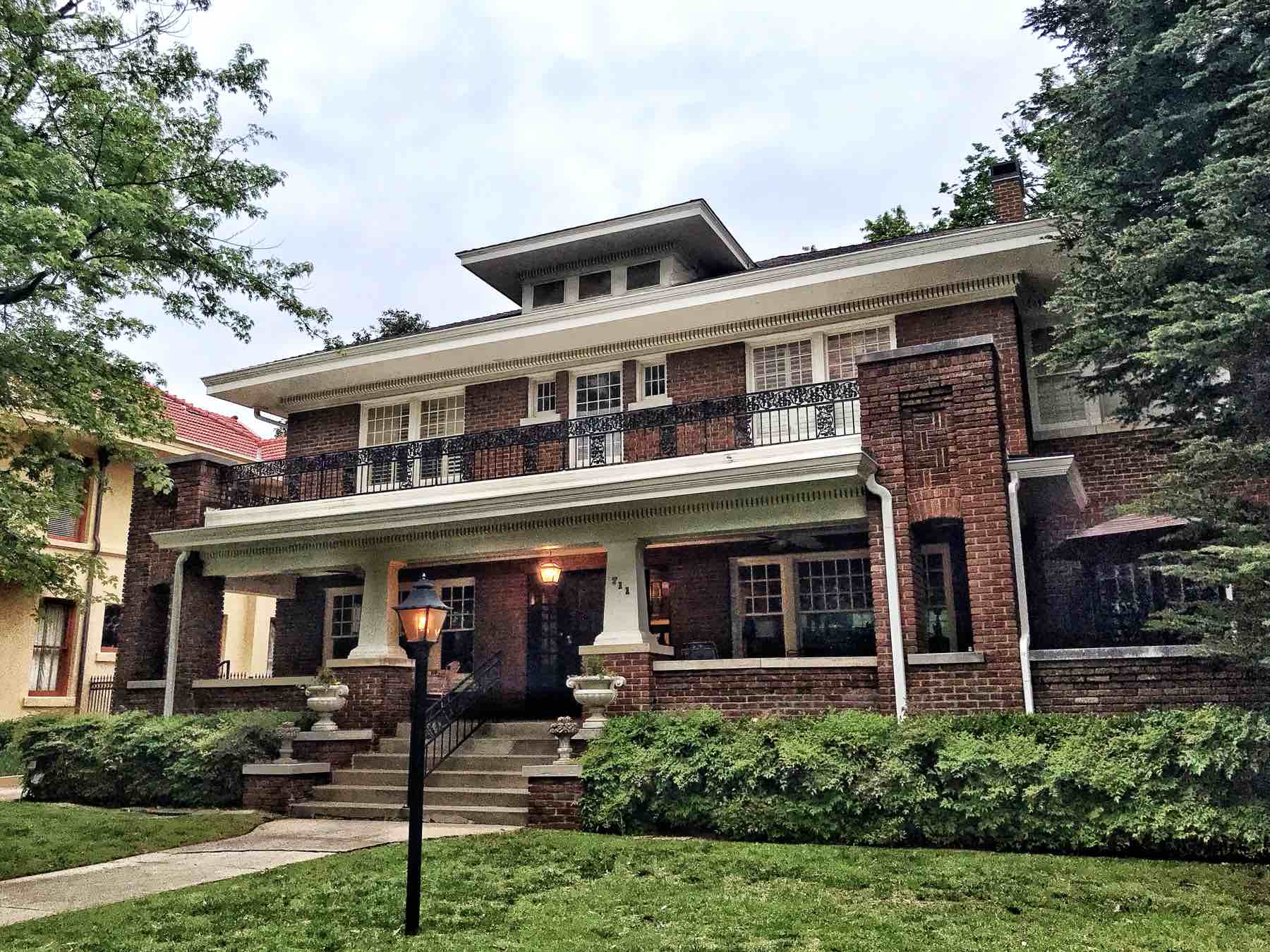 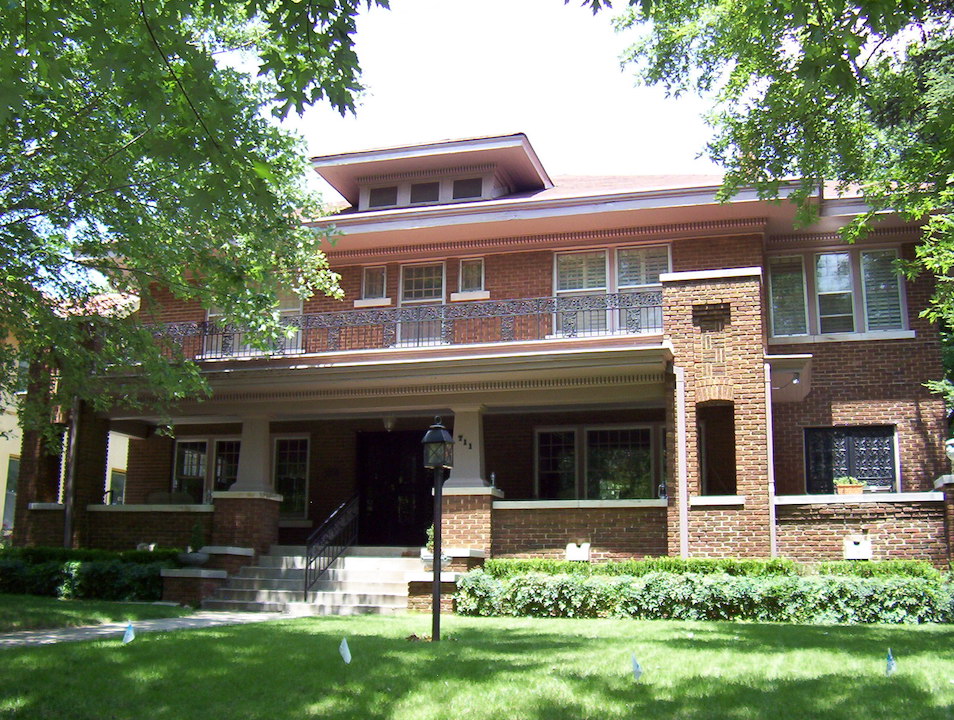 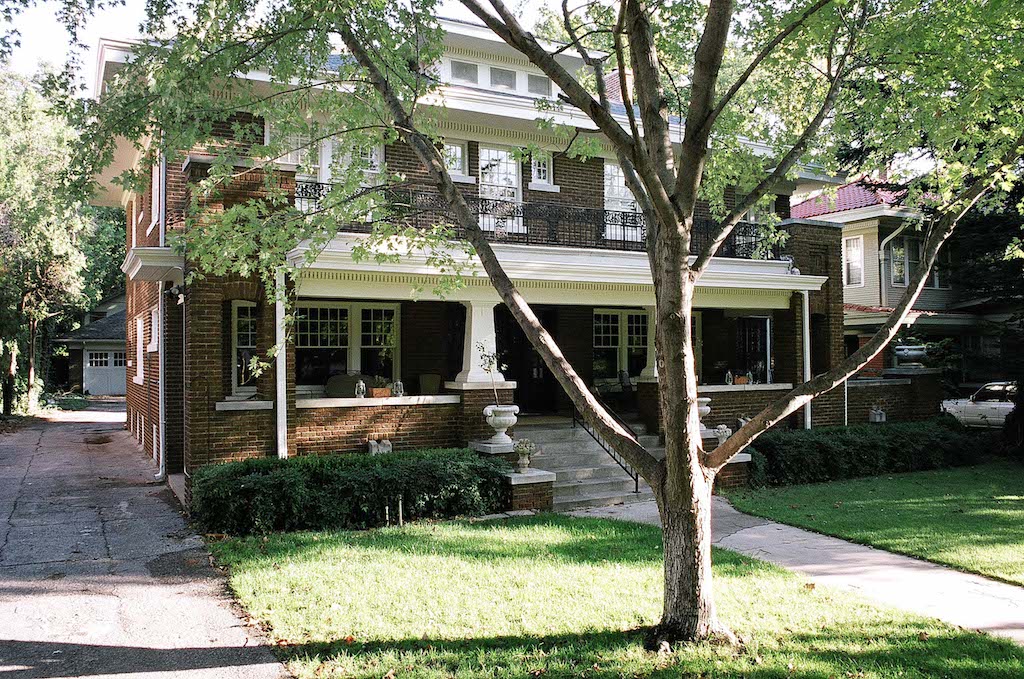 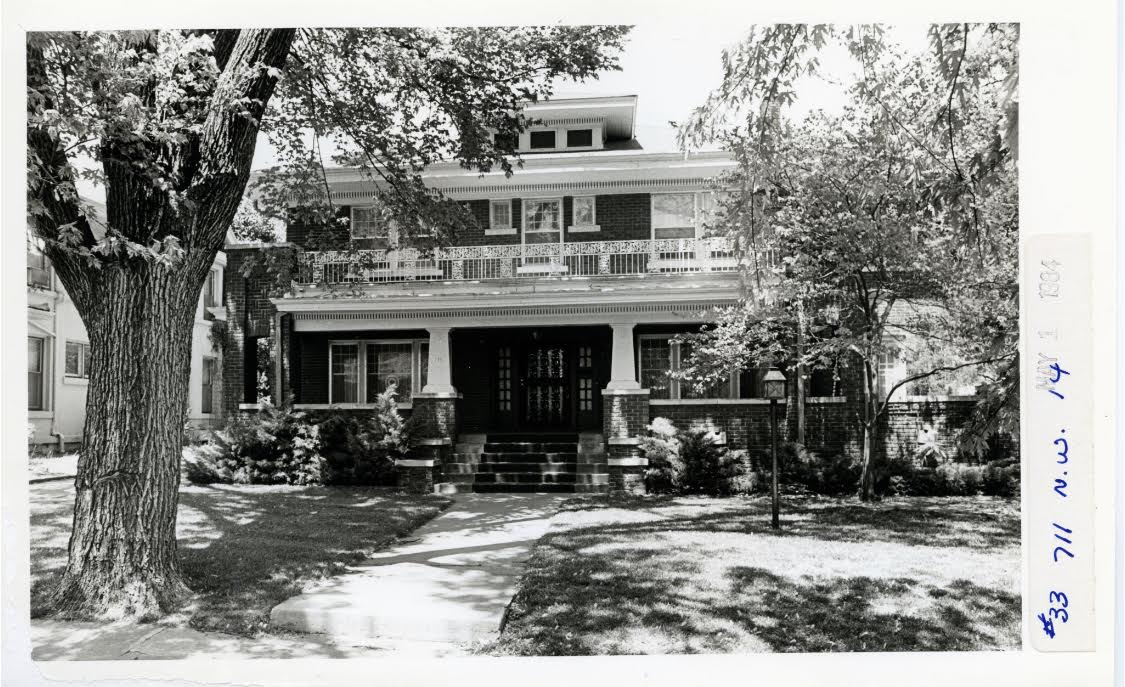 Anton Classen was behind Classen Co. He bought farm-land contiguous to the city limits and organized numerous housing additions – one being Classen's West Highland Parked Addition (now part of which is in the Heritage Hills historic district). The home at 711 NW 14th was built on the west 70 feet of Lot 7 in Block 4 (the home also has an easement over the east 3 feet of Lot 6 for use as part of its driveway). The property switched hands a few times before the home was built.

In 1912, the Brauers sold both Lots to Robert H. and Minnie K. Wilkin. The Wilkins lived across the street from the Brauers at 620 NW 14th Street. Robert was Vice President of Wilkin Building & Loan Association.

In April of 1919, the Wilkins sold Lots 7 and 8 to Cornelia A. Thorne. Cornelia and her husband, Edward C. Thorne, built the home on Lot 8 (and the east 10 feet of Lot 7) which is now 701 NW 14th Street. Edward owned Thorne Brothers which was in the real estate loan business.

On July 8, 1919, Cornelia A. Thorne sold the west 70 feet of Lot 7 to Cora S. Mattison. She was married to James Olin Mattison and he was the state manager for State Life Insurance of Indianapolis. James was 48 and Cora was 47 when they bought the lot and they were the ones that built the home. While building the home, they lived at 129 W 9th Street.

James and Cora had 5 children: Mary E. Mattison Shaw, Jewell H. Mattison Cooter, Marguerite Mattison Downing, Jo Mattison Griffing and William Carl Mattison. William Carl died on January 29, 1903 at age 8. According to the 1930 census, James' and Cora's youngest daughter, Jo, was 24 and the only child still living in the home. The home value at the time was $35,000. The census note was the home had a radio set.

The Mattison's daughter, Jo, married Henry Griffing in the living room of the home on October 21, 1931. Mex Frates attended the wedding and was the maid of honor. She remembered that the minster was late to arrive and the wedding party sang a long time until he arrived to conduct the ceremony.

On March 11, 1936, and at the height of the great depression, the Mattison's turned the home over to New York Life Insurance Co. to cancel their debt. The home remained vacant for two years and then rented for brief period.

On April 8, 1943, New York Life Insurance Co. sold the property to Robert Lee McClung. Mr. McClung was married to Hallie McClung. He was a Baptist preacher and while owning the home he served in the Army during World War II – Mr. McClung was in his mid-forties at the time. They had 5 children: William McClung, Pat McClung, Jerry McClung, Ruth McClung Smith and Virginia McClung Ford. His son, Pat, also served in the Navy during World War II.

On July 30, 1945, the McClungs sold the home to George T. and Mary Kathryn Copeland. George and Mary had one daughter, Vanda Jean Copeland. Mr. Copeland was on the board of directors of the Oklahoma National Bank, owned the Mr. C Supermarket at NE 36 & Kelley, and was associated with the Jones Boys Capitol Food Stores.

On July 20, 1956, the Coplands sold the home to Ivan F. and Verah H. Woodruff. The Woodruffs had one child, Delores G. Woodruff George. When they were living in the home, Ivan was a water-well operator at Tinker Air Force Base.

On August 13, 1963, Jack Lund Tolle and Marjorie B. Tolle purchased the home from the Woodruffs. Marjorie was raised in New Orleans but moved to Oklahoma City in 1942 to take a job with the Kerr-McGee Corporation. Jack Tolle worked for AT&T as a lineman. Marjorie loved old homes and she and Jack renovated the home when they moved in. It was the 1960's and turquoise, multi-color carpet and fake wood paneling were the height fashion and those features could be found throughout the home. Jack did the kitchen renovation himself. Marjorie was involved with the Oklahoma City Historic Preservation Commission where she served for many years.

The current owners are Kevin and Catherine Ratliff. Kevin bought the home on June 28, 2002, from Marjorie Tolle. Kevin was living in the Aberdeen at 15th and Robinson before purchasing the home. Kevin was a young lawyer who wanted to live in Heritage Hills. He researched and waited for the right house to come along. When Kevin bought the house, it was important for Marjorie to know that he loved the house before agreeing on the offer. photo

Kevin proposed to Catherine on the front steps the weekend he closed on the house. They updated the downstairs of the home to host their wedding reception in May of 2003. The couple was so happy to have Mex Frates in attendance as she was a dear family friend and was at the prior wedding in the home in 1931.

The couple welcomed their son, Brock, in 2006. Brock attended Wilson Elementary School and Classen SAS for Middle School. The family celebrated the homes 100th in July of 2019. They adore their home and the neighborhood. They love the tree covered street of 14th, the sidewalks throughout the neighborhood and enjoy spending time on their covered front porch.